Dogs and our mental health 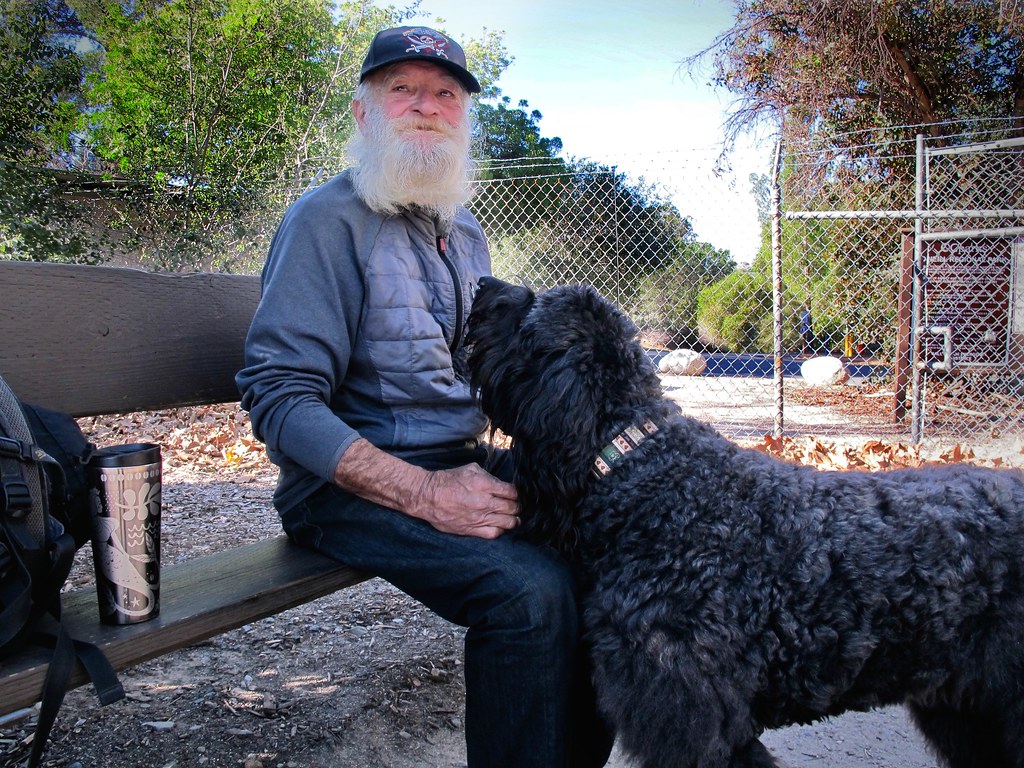 I was minded to write this after an encounter in the woods while out walking with Sue (firstintheq), my better half and Ziggy.

We met a chap with his dogs who we have chatted with on numerous occasions. He fosters old dogs, you know the ones that are not really wanted. He, through his fostering, now has a small gang of 5 dogs of varying types, all of which he has rehomed. His mental health can be a little fragile. His dogs are, clearly, his life – he would do anything for them. They, obviously, have a very positive impact on his wellbeing. This is a strong relationship that benefits humans and dogs alike.

On this occasion, he was agitated and in a bit of a state. Sue and I stopped and had a good chat with him.

One of his older dogs was panting and looking none too happy. This had been going on for 5 days or so; he had been too his vet on two occasions. The vet had told him that there was nothing wrong with his dog. Over the past few days, he had become more agitated and distressed.

Quite a few people had given him their ‘sage’ advice over the past days, ranging from leaving him at home and not walking him too, having him put down. No wonder then, that he was beside himself.

Now, I have rescued quite a few dogs and have seen older dogs in similar states to his dog. This dog was probably panting for two reasons; the first was that he was old and in pain from his arthritis in his back legs and the second, the weather over the past couple weeks had been hot and very humid.

The pain could be helped by using the drug already prescribed by the vet. In fact, as the dog lay at my feet with me massaging his back legs, he calmed and relaxed considerably, including a reduction in his panting. The humidity was also having an effect on this old fella – he had a heavy fur coat (due for a trim) so he was, obviously, going to suffer in the prevailing conditions.

I knew that this guy walked his dogs twice a day for extended periods. I advised him to walk the dogs for much shorter periods when it was a little cooler. Just chatting with Sue and myself and receiving some common sense advice helped him a lot. He left us feeling much happier about the situation and no longer fearing he was going to lose one of his companions.

All well and good. The main point of this short piece is to highlight that our dogs have a major part and influence in our lives – often they are the glue that holds our mental state together. Before commenting or giving any advise that, in this case, was inappropriate, wrong and with a total lack of understanding the situation, think! It is sometimes better to say nothing, particularly when you have no real understanding or anything valuable to offer.