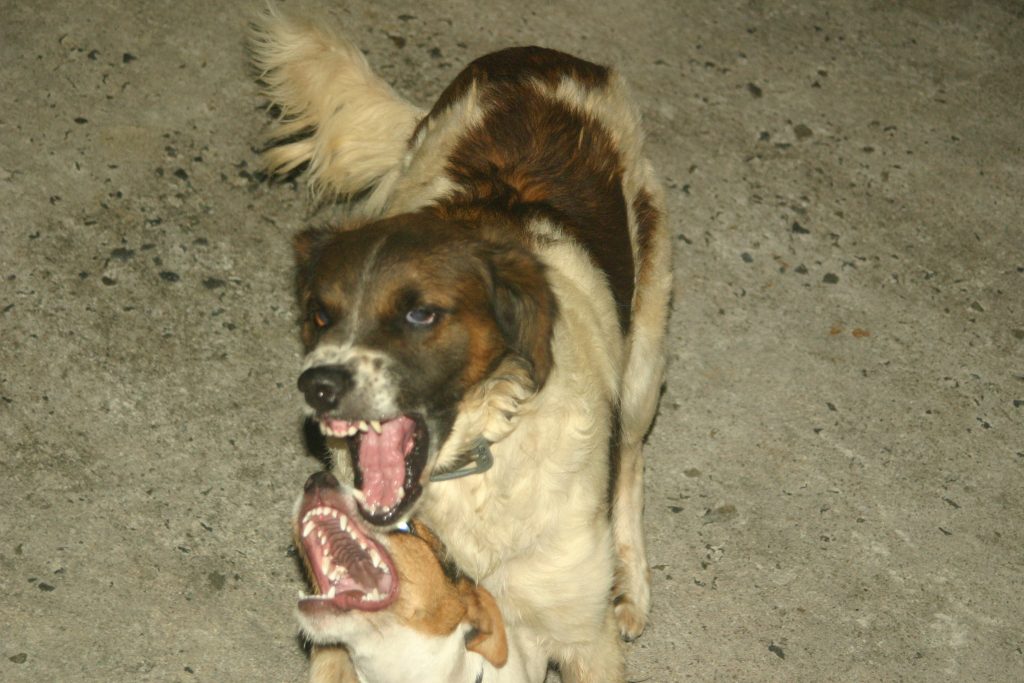 So, you are walking your dog, she is off lead playing with other dogs and, generally, having a good time.  Suddenly, another dog appears on the scene and bites your dog.  Your dog responds with some aggression, understandably.  The other owner, demands you control your vicious dog, ignoring the fact that they’re dog was the aggressor and cause of the problem.

This is a common problem.  Many dog owners have seen this type of thing. I was chatting to another dog owner recently, he had experienced a similar situation; his dog was attacked and bitten and had reacted by grabbing hold of the offending mutt – not biting him. The angry owner picked up her, offending dog, stormed off and reported the incident to the police. Of course, she neglected to mention, her dog had caused the incident.

The net result of this was that the chap whose dog had been attacked and bitten was visited by the police. They seemed unwilling to accept this owners explanation and tried to have him sign a form agreeing his dog was aggressive, to his credit he refused to do so.

Unfortunately, this incident has led the owner, whose dog was attacked, to keep her on the lead in the exercise field where she was attacked and, has done for the past year.  The owner of the offending dog, still lets her dog run riot.

So, we have a situation here were the dog who had been attacked and it’s owner has changed their behaviour to accommodate an irresponsible dog owner.  The net result is now that the dog who had been attacked is denied the chance to socialise with other dogs.  In my opinion, this is not on.  I recommended to this owner that he lets his dog of lead again and allows it to enjoy life and socialise with other dogs. Of course, keeping an eye out for the idiot owner and her dog.

The take home message here is that incidents do happen. However, if you and your dog have done nothing wrong, do not allow yourself to be bullied into behaviour that directly effects the quality of life for your dog and yourself.