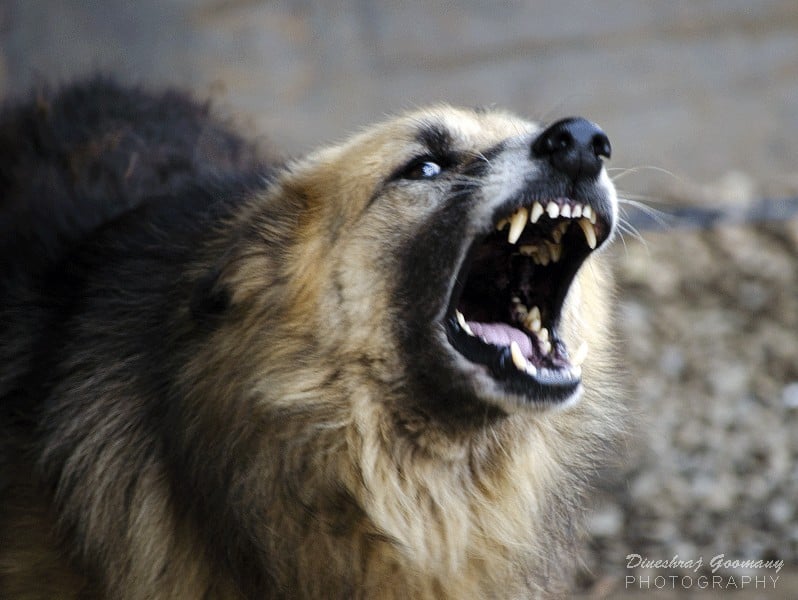 ‘I don’t understand. My dog is really friendly. Why did that dog try to attack my dog?’  I’m sure, we have all heard similar comments from dog owners. I met a chap with his lively Labrador yesterday.  He used similar phrases to describe an interaction with another owner.  But first, picture a common situation.

His  was a lively dog, friendly, enthusiastic and just wanted to play with every dog she sees. Yes, I know, these dogs are seen everywhere, running free and having a great time. So far, so good.

Today, this lively girl rushed up to Ziggy (my dog) and bounced around her, excitedly, getting ‘in her face.’ Both dogs were off lead. I monitored Ziggy’s response; in this case, she was fairly relaxed so, no action was required from the humans.

This, happy picture wasn’t the case a few days ago when the lively lab rushed up to a dog on the lead with a female owner, with her male partner nearby. This time, the dog on the lead reacted aggressively and lunged towards the lab. The owners, equally, reacted with some aggression, shouting and demanding that the lab should be put on the lead.

The lab owner, was incensed. After all, it was the other dog that was aggressive – NOT his, ‘friendly’ pup. Who’s right and who’s wrong? What should have happened?

The first issue is the dog on the lead. The approaching owner has no idea why the dog is on the lead. It might be fearful, aggressive or, perhaps, is recovering from injury. Whatever, the reason it is important to understand that a dog, on a lead, can react differently to one of the lead. If they cannot escape (flee) a situation that bothers them, the next strategy is, often to show aggression (fight or flight).

The owner with the approaching, of lead, dog, needs to think about the picture in front of him. It is not, acceptable, to adopt the approach that your dog, because it is friendly and just wants to make friends and play, will be well received by the dog on the lead. It may go against the grain, but if you can’t control you’re excitable dog, you must put it on the lead. This will prevent any unfortunate incidents as described above.

Not, only will you be keeping you’re dog out of trouble and away from the risk of injury, you will be helping the other dog and, helping it by not forcing it into a behavioural response that is undesirable.

The message to take away is that you must assume responsibility for the behaviour of you’re dog and, ensure you keep it from bothering other dog walkers and, to keep it away from, potential problems.

Understanding the needs of rescue dogs Give a dog a chance…