Stop spraying water at our dogs to control them… 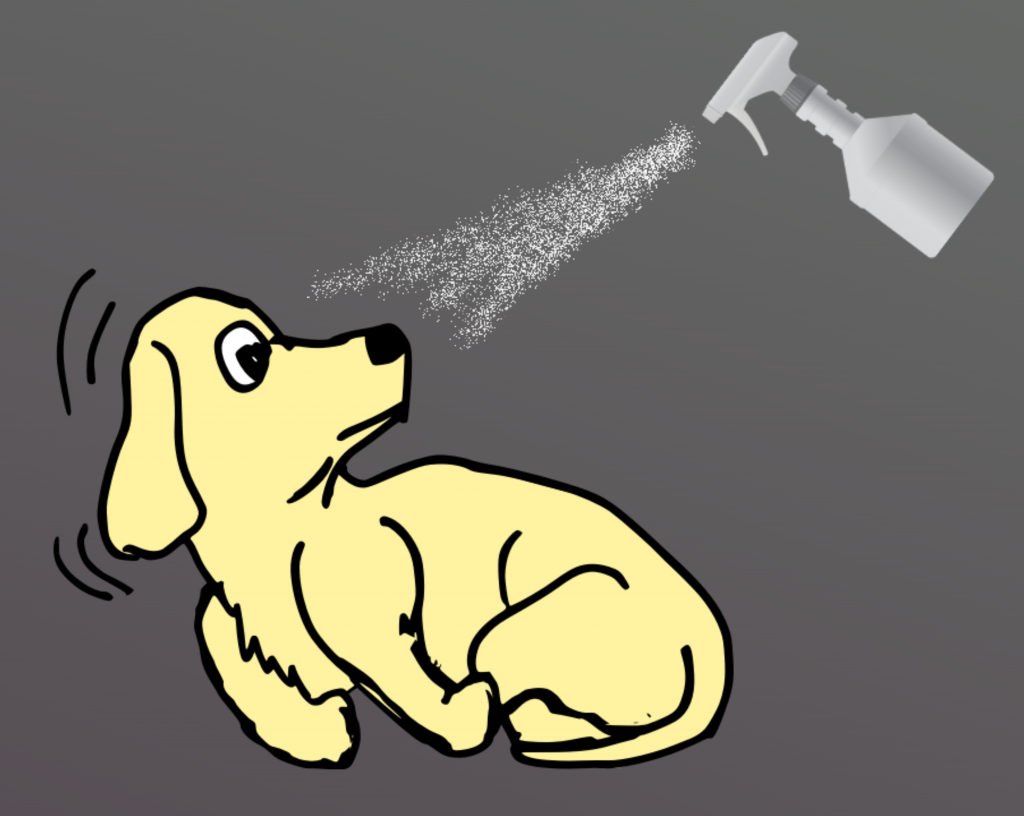 Using any sort of negative training techniques with our dogs is anathema to me. I witnessed an example of this today which led to a rather unpleasant exchange. I am the sort of person that cannot just walk by when I see dogs being treated badly.

I was walking with my rescued Lurcher, Clint, when we came across a chap with a very young German Shepperd (GS). As we passed on opposite sides of the road, his dog barked and grumbled a little. No major thing, really. The owner’s immediate, very aggressive response, was to utter ‘I’m not having that,’  and then yank on the dog’s lead and spray water into its face. The dog was frightened and cowed by this action.

I stopped and called across asking him to desist from his actions, telling him it was not necessary to do that to his dog. Of course, the response was abusive with him telling me he had had dogs for years and he was experienced in ‘training’ them. Indeed, he asserted that he had got his dog from the police and this is the way they did it. I doubt this very much. I moved on, advising him to rethink (he won’t) his approach. More abuse, of course, followed.

So why is this approach so undesirable. Firstly, it may have been done for years but that doesn’t make it right. In fact, this type of approach can be harmful to your dog. Let me be clear, the spray might stop the dog’s behaviour temporarily, however without the spray present the dog is highly likely to revert back to the behaviour.

I contacted 2 different police dog training units. Interestingly, one head trainer was mortified and stated that they would never use such an approach. The other said that they, sometimes, used a light spray but, immediately, rewarded a dog with praise/treats when the desired response was achieved.

In my view, in canine behavioural terms, using a negative, and in my opinion, a cruel method such as spraying the dog will not change the dogs’ behaviour permanently. A review of aversive techniques published by the Dog’s Trust makes interesting reading – the welfare impact and efficacy of canine training methods_v4.

What we should be doing is teaching our dogs alternative and appropriate behaviours that they may be rewarded for. For instance, with this GSD, teaching him to be calm and to sit when asked in the presence of other dogs is straightforward. It requires no aggression or dominance of the dog. Positive, reward-based training is the only method to be used in my view.

Of course, many owners have been practising the types of thing this particular owner was demonstrating for many years, with a number of different dogs, as was the case with this individual. He, like many, was convinced he was an expert and knew what he was doing. He didn’t – period.