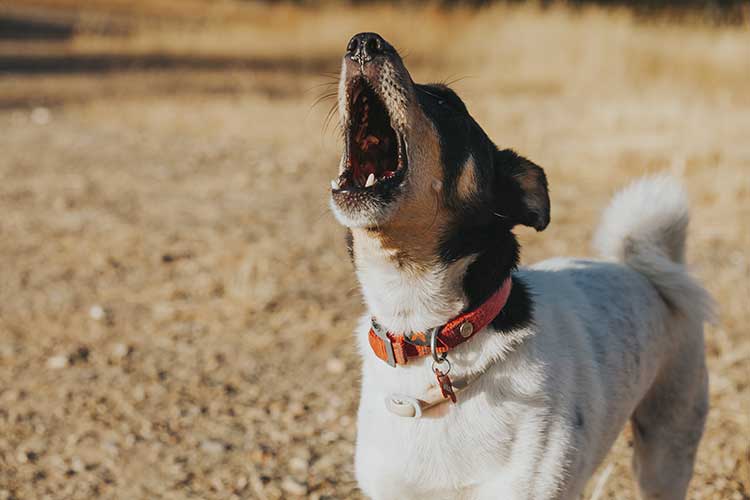 Of course, there is quite a growth in ‘experts’ offering all sorts of group classes for ‘reactive dogs.’ Approaches include things like hiding dogs behind panels and allowing them to see something, briefly, that causes a problem right through to using treats to focus the dogs attention on the owner so that they don’t need to see something that might cause a problem.

For me, this type of thing is a disturbing trend and one, that I don’t think is really helping many of our dogs. The drive to ‘label’ our dogs with some problem or other is akin to labelling people with tags like PTSD or mental health problems. We need to be careful how we address dogs with ‘problems.’

Consider the ‘group session’ for ‘reactive dogs.’ Dogs are complex creatures. We need to look at them as animals, then dogs, then breeds and finally as individuals. By attempting to help these dogs in a group environment, we are ignoring the complexities of each individual dog. Whatever their ‘reactive’ behaviour may be, failing to consider each dog as I have suggested earlier, makes it unlikely that we can help them in a group session.

Over the years I have met many dog owners that have a dim view of behaviourists such as myself. This is not surprising when, in an unregulated sector, many are operating as behaviourists with little knowledge, skills or experience of canine behaviour. I came across another example today. I met a lady while out with a dog I am fostering from a very difficult background. She had two dogs, one a young puppy and a larger, young dog on a lead. She was carrying the puppy.

This lady told me that she had been to a trainer because her older dog was ‘reactive.’ The trainer had agreed with her and told her they needed to ‘keep on top of it.’ whatever that meant. The net result was that this lady was nervous with her dog when meeting other people or people with their dogs when she was out with hers. The ‘reactive’ dog barked a bit at other dogs and strangers sometimes. For this he was now ‘labelled’ as a reactive dog. In fact, this dog was simply behaving like a dog. This dog just needed to learn how to be a little calmer and relaxed in certain situations. Something, any decent canine behaviourist should be able to help with.

As we paused to chat, I got her to put down the puppy, she’d been holding him because he could be a bit lively, who proceeded to say hello to my, muzzled, lurcher foster, who had been with me for just a few days. By, simply, keeping an eye on what was happening, there were no problems. The, so called, reactive dog calmed down and socialised calmly. We were joined by other owners until we had a group of around 8 dogs. The’ reactive dog’ socialised quite happily.

I’ll give you another example. A few years back I rescued a large, powerful, Dalmatian called Barney. He was 8 and had never been socialised with other dogs. He would lunge at any dog he saw. So, why was he doing this. He was ‘reactive,’ wasn’t he? No, he was simply not socialised and was quite scared of strange dogs and, did not know how to behave. I muzzled this fella and allowed him to see and meet other dogs. He learnt to be calm and relaxed over a period of time. He no longer needed a muzzle and had many dog friends and was happy around strange dogs he met along the way.

If I followed the practises promoted by so-called ‘experts,’ I may have kept Barney away from other dogs or kept him focused on me by feeding him treats. In fact, I did the opposite. He was allowed to see other dogs at distance and gently introduced to dogs in the right way. Ultimately, he learned how to be a dog and enjoyed his life fully from then on.

We need to try to understand WHY a dog is behaving in a certain way. If it is appropriate, we need then to find properly experienced and qualified people to help our dogs.  It is only then that we have a chance of helping ‘troubled’ dogs to lead a happy, healthy ‘dogs’ life.’