Give a dog a chance… 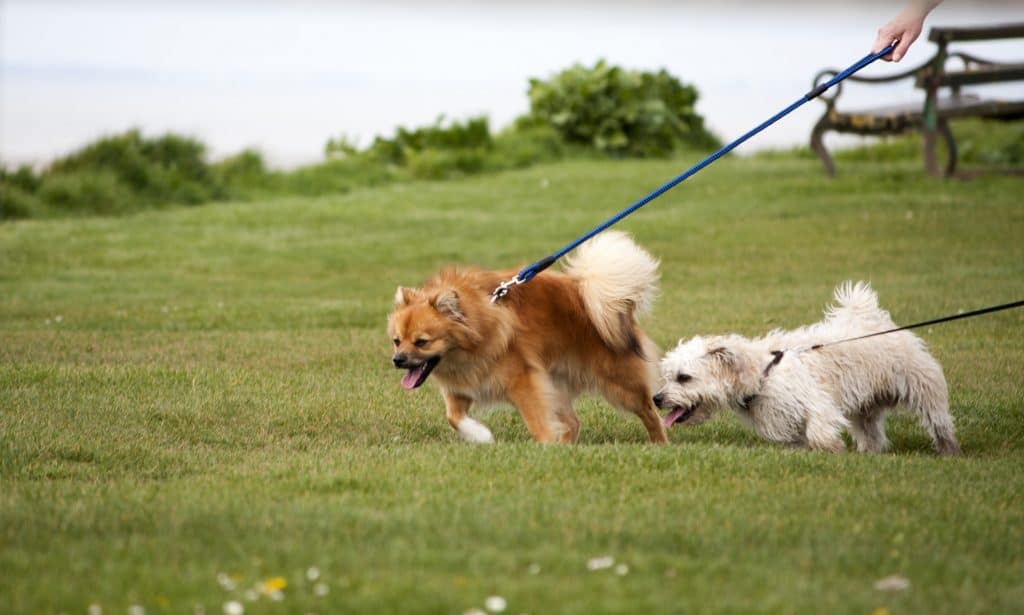 Once again, I find myself having to talk about owners not doing the best thing for the dogs in their charge.

A couple approached the group of dogs I was with, socializing with Ziggy (my pooch).  The approaching dog was a Setter on a 9 foot, or so, lead.  The owner was, continually, yanking hard on the lead and admonishing her dog.  She was, clearly, irritated by her dog. The crime this dog was guilty of? Well, it, simply, just wanted to meet the other dogs and people. It wasn’t pulling, uncontrollably, it was just a little excited.

I, politely, encouraged the owner to allow her dog to interact with the group. She did, to a point but, still kept yanking on the poor dog’s lead.  As it happens, I was advising a lady on using a suitable training lead to prevent her dogs pulling on the lead.  The new arrival, sort of listened but, it was clear that she wasn’t open to any advise. Her poor dog was getting the brunt of her irritation.

She had had this dog from a pup and it was now 2 years old.  So, the behaviour demonstrated by the owner had been going on for some time.  She said that she regularly took the dog to a trainer. Yet, two years in and her dog couldn’t walk on the lead without pulling.  Perhaps, time for a new trainer?

Unfortunately, any words from me were falling on closed ears here.

When we take on a dog, it is our responsibility to train them in the behaviours we desire. Walking without pulling on the lead is one of them. Skills such as these are not difficult to train, however, it requires effort from the owner.  Sometimes, these skills may take a little longer teach with certain dogs.  It serves no purpose, whatsoever, if the owner becomes angry with the dog – something, this, particular, owner clearly was.

Allowing a dog to continue with a behaviour for long periods will make it harder, but not impossible, to sort out at a later stage.  Clearly, if something you are doing isn’t working, STOP doing it and try something different. Showing anger and aggression to your dog is NEVER a good idea.  So, again, owners have to take responsibility and find, appropriate, ways to help the dogs in their charge.